Prezi Makes it Easy to Show Context in Presentations

One problem with PowerPoint presentations is that it is sometimes hard give the audience context or hints on where you are in an outline for a speech. You can do a running outline in PowerPoint, but it is laborious, and small presentation changes can require a painful rework of outline slides. Apple’s Keynote and LibreOffice’s Impress have similar problems. LaTeX and Beamer make this easy, but the PDF file format limits the use of video, transitions and other useful capabilities on some platforms.

Prezi is a relatively new web-based presentation tool that provides an easy way to give your audience powerful visual cues on how your speech fits together. Figure 1 shows a Prezi presentation on audio/visual tools that members of a Toastmasters club should consider mastering.

As the speaker moves along the path through a Prezi presentation, the audience sees the whole presentation, and where a particular topic fits. With Prezi, it is important to use good design–remember that the eye for western readers moves left to right, top to bottom and clockwise from a logical perspective. Early in my career, I wrote a set of network configuration instructions that were tested in a human factors lab. The diagram and procedure started in the upper right and each successive step moved counter-clockwise; the test subjects were unable to complete the configuration. I reorganized the procedure to start in the upper left with each step moving clockwise; the test subjects finished the configuration smoothly and quickly.

If you show a path that does not necessarily fit this progression, make sure that it is at least clear. Note that the presentation in Figure 1 starts at the upper left, moves down, then moves to the right before finally moving upward. Although the overall movement is counter-clockwise, the initial point and subsequent moves are logical and it does not jump around. Note that some of this is language and culture sensitive; know your audience. 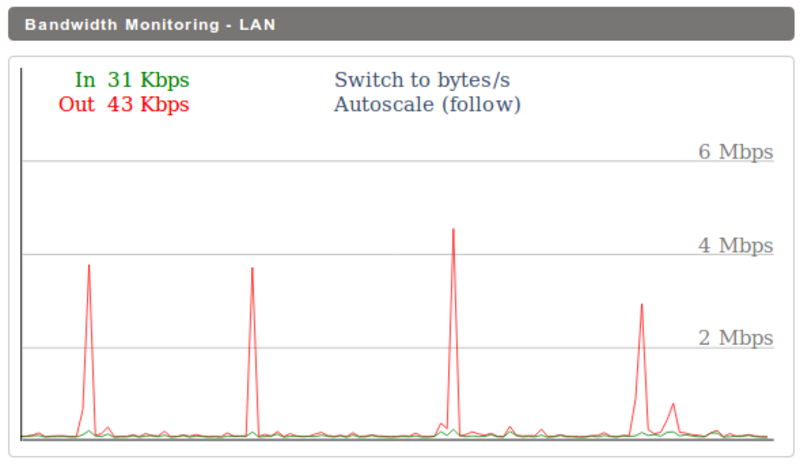 As the 2016 election cycle shows, computer security cannot be taken lightly. The Russian hack of the Democratic National Committee was exacerbated by the fact that it was initially handled only by an entry-level employee who made some poor decisions. The Russian social engineering hack of John Podesta’s email may have been made easier by a possible failure to turn on two-factor authentication on his Google account. It will only get worse.

Malwarebytes released a forecast of problems in the coming year that should be required reading for all computer users; computer security people already know this stuff; I’m talking about my wife, my siblings and my extended family members whose home network problems I fix when I visit. Read the article and then start doing the following if you have not already done so:

Our main machine for managing photos is a Late 2012 Mac Mini running OS X Yosemite. Some of the software we use on it had problems when Yosemite first came out, so we didn’t upgrade at the time, but those problems have been resolved, so it was time to upgrade to Sierra. I cloned the disk with Clonezilla, and tried the upgrade. It did not go well. OS X started the upgrade, but failed with a message to restart and try again. And again.

On the failure screen, you can load Disk Utilities; I tried that and it discovered unrepairable problems. Next, I opened a command window and ran fsck_HFS on the drive. This time, it reported problems with the index but failed on the rebuilding the B-Tree due to lack of continguous space.

The disk would no longer boot.

Prior to attempting the upgrade, I made a copy using Clonezilla; at this point, I replaced the existing drive with a new 1T SanDisk SSD, and restored the Clonezilla copy from before the upgrade attempt. The drive replacement instructions are daunting, but it was not as bad as the instructions made it look. The instructions call for an Apple Logic Board Removal Tool–which Apple does not sell–but I was able to replace the drive without it. The new drive booted (fast), so I deleted some directories to make space for the B-tree rebuild. Next, I booted into the OS X Recovery image and ran DiskUtil to see if it could repair the drive. It tried and failed, leaving a drive that would not boot.

DiskWarrior to the Rescue

I restored from the pre-upgrade clone again, and again deleted unnecessary files. This time, I purchased a copy of DiskWarrior. You cannot read the documentation without a working OS X machine–a real problem for disk recovery software. I ended up having to install DiskWarrior on the still-working but broken OS X image, and then was able to make a bootable repair USB flash drive.

After booting from the DiskWarrior flash drive, I selected the Directory Repair option. While running “Rebuild Directory”, it hung up during test 9–Compare Directories–so I skipped that step. I wouldn’t boot. I still didn’t boot after running file check and repair.

Next, I booted to the standard OS X Recovery image, and selected Disk Utilties, where I ran a permissions check which indicated numerous problems, so I ran a permissions repair. I ran the disk verify option which showed as completely clean. It still would not boot.

Since I could always go back to the Clonezilla image, I next tried the “Reinstall OS X” option. This reinstalled the OS and managed to keep all of the programs and user settings. I next ran an update to pick up application updates to about a half-dozen applications, followed by the upgrade to Sierra, which ran for about an hour on the SSD. Once Sierra installed, there were about seven applications that asked for updates.

I have had few problems with OS upgrades, but when I have had problems, I have been thankful for Clonezilla backups. This would probably have been very, very ugly without it. 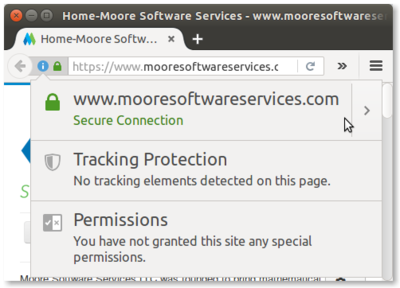 Google has begun penalizing unencrypted web sites in search results. Although a 1% penalty may not sound like a lot, it can mean the difference between being the last link on page 1, and the first link on page 2 of search results, and that difference can cost small business owners a lot of lost business. This started in 2014, and in the Chrome browser beginning on January 10, 2017, Google is adding visual penalties for data entry on unencrypted sites.

Most large website operators are somewhere on the road to implementing encryption using Secure Sockets Layer (SSL)–also known as HTTPS–on their web sites, but many small web site operators see no need to go through the effort of converting to SSL. There are fundementally four reasons to make the switch:

While purchasing the SSL certificates needed to implement website encryption used to be quite expensive, a number of changes in the last year have made it possible to install free domain verification (DV) certificates that are sufficient for most small business. In most cases you can get most of this done with a call to your hosting firm and a call to your site designer.

What to Say to Your Hosting Firm

When you call techical support at your hosting firm, you should ask them to configure “AutoSSL” and a free domain verification certificate. If they do not have AutoSSL available, ask them when they plan to enable it. If they don’t have it and don’t have plans, find another hosting firm. In most cases, they will configure AutoSSL to use certificates from Comodo and sometimes from Let’s Encrypt. Either one is fine.

You may need to pay for a private IP address, which usually costs about $50/year. This has the added advantage that if another web site on your server (same IP address) gets compromized and starts sending spam email, your email domain will not be blacklisted just because you have the same IP address. The requirement for a private IP address is a techical restriction that will go away later this year but which hosting firms may not change as it gives them more money.

What to Say to Your Site Designer

If you are fairly technical, you can do this yourself by following the instructions in Why and How to Set Up SSL/HTTPS on Your Web Site.

I recently enabled the mod_security plugin for Apache, and encountered several problems with Matomo Analytics; every page load with Matomo enabled triggered a CRITICAL rule violation and blacklisted the user’s IP address. At first, it looked like I had problems with the HTML on particular pages (that may yet be true), but eventually I tracked the problem down to Matomo’s calls to retrieve scripts and images from another domain. I tried several different Matomo plugins, but all had the same problem and all triggered a mod_security violation. In the end, I had to disable two of the rules from the OWASP rule set.

If you are implementing either Matomo or mod_security for the first time, make sure to test all possible combinations of browsers, and privacy settings–the problems did not occur when the “Do Not Track” browser setting was enabled. To do this testing use the following steps:

It would be great if Matomo and mod_security worked well together but at this point they do not.